Rosanna D. began her healthcare career as a Home Health Aide because “a position was offered”. Well fast forward a few decades and new positions continue to be offered to this amazing lady. Her rise to her current role as Office Manager at Extended Family Care has become a motivational story to anyone entering the home care industry or looking for a new career path. Rosanna joined Extended Family Care in 2006 because she said, “I felt welcomed”. Her decision has proven mutually beneficial. Rosanna’s hard work, willingness to learn and ability to adapt to different roles have characterized her advancements within the Company.

In her first position as Patient Care Coordinator she was responsible for numerous employees’ schedules. Rosanna would do whatever it took to ensure both client and employee satisfaction was maintained. Her management capability was further pronounced in her ability to problem solve and think independently when she later transferred her talents to the role of On-Call Coordinator.

Rosanna’s willingness to learn and desire to advance made her a perfect fit for the position of Payroll/Billing Coordinator before her most recent advancement to Office Manager. “Rosanna’s strong work ethic, dedication to her clients and earned respect of her co-workers got her to where she is today”, said Mary Lynne Heller, Office Administrator of the Lancaster branch. “We are very lucky to have her in a management role”, she continued.

Rosanna said she enjoys “the working environment” Extended Family Care provides to her and continued to state, “I love my life, my family, my dog and the people around me”. Although she believes herself to be somewhat “of a simple person” it is evident she has multiple talents. When asked what she enjoys most about her job her response of “I enjoy helping others” further exhibits her humility. Her selfless nature, work ethic and love of life and others make her a true role model. Rosanna is an inspiration for all.

If you or a loved one are considering Home Health Care Services near Lancaster City PA, contact the caring staff at Extended Family Care of Lancaster. Call today at (717) 205-2174. 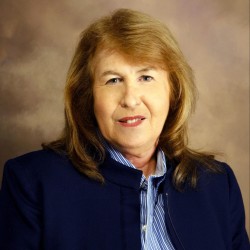 Mary Lynne Heller, Branch Administrator
Branch Administrator at Extended Family Care Lancaster
After Mary Lynne Heller received her nursing degree from Coatesville Hospital School of Nursing, she went on to graduate with her Bachelors of Science in Nursing from Millersville University. Her quest for learning further expanded her skill set as she gained extensive managerial and nursing skills within medical, surgical and oncology hospital-based units, a trauma center, and an infusion company before coming to Extended Family Care family in 2001. Mary Lynne’s cumulative 40 years of nursing experience has been heightened by her successes in the role of Administrator in the Lancaster branch of Extended Family Care. She has not only set branch records in revenue growth but has also exceeded company-wide performance and quality measures.